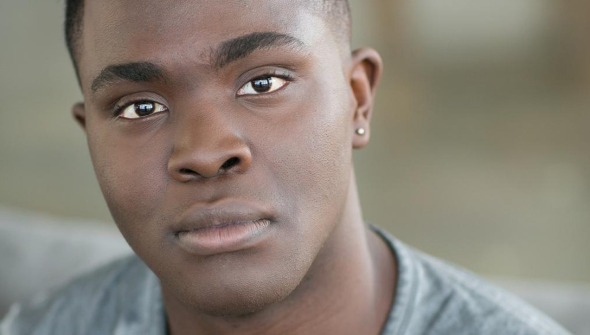 Kyle Jean-Baptiste was the first African American (and youngest actor) to play Jean Valjean on Broadway in Les Misérables. Tragically, he died in August at the age of 21 after falling from a fire escape. This video was going around a bit this summer, but in case you didn’t see it, I wanted to share it here. What a shining light.

Video Friday: It All Fades Away

In addition to his dreamy face, Steven Pasquale also has one of the dreamiest voices. And yet The Bridges of Madison County was his first musical on Broadway. How is this possible?! I’ve loved his voice ever since 2007 when my friend Rowan first introduced me to A Man of No Importance, which ran Off-Broadway at Lincoln Center in 2002. Row had been cast as the same role as Pasquale (Robbie), and together we listened to his big number, “The Streets of Dublin.”

Sadly, Bridges didn’t stick around long, but thanks to YouTube and Broadway.com, we have plenty of footage. His tone, his support, his vibrato. I can’t. Here is Steven singing his big 11 o’clock number, “It All Fades Away,” from the Tony-winning score by Jason Robert Brown. Swoon away.

If you only want to hear the money notes, skip to 2:55. Oh, and while we’re on the topic, you also have to see the below. I still can’t watch it without laughing.

This video was recently added to YouTube, and I accidentally stumbled on it with a squeal of delight. I’d been looking for footage from this production of Company for ages. This is the 1995 cast starring Boyd Gaines as Robert. This clip is the song “Getting Married Today,” pattered by one of my favorite performers, Veanne Cox. You likely know Veanne even if you don’t recognize her name. She’s one of those actors that you’ve seen around, if not on Broadway in Caroline, or Change or La Cage aux Folles, then on TV in Louie or the Brandy Cinderella, or films like You’ve Got Mail.

Veanne was nominated for a Tony for her performance as Amy. I’ve seen this song done so many different ways, and I really dig Veanne’s approach. She’s not just going for the laughs as so many do. The laughs come naturally because of how sincerely desperate she is. Her frantic, matter-of-fact delivery is relatable, sad, and hilarious all wrapped into one.

Okay, a disclaimer about this song: I found out about it from a Smash promo. You should know, I have very mixed feelings about that show. I actually stopped watching after the third episode so I wasn’t even a viewer by the time Jeremy Jordan made his entrance as Jimmy on season two. But I remember catching wind of this tune and looking into it immediately. Written by Joe Iconis, it has a great hook, haunting lyrics, and an ending that gives me chills every time.

Here is “Broadway, Here I Come!” performed by the man with the ultimate pipes, Jeremy Jordan (the song starts at 1:37).

Video Friday: Run Away with Me

I’ve been digging on this song for years and years now. I actually can’t remember who first introduced me to it. Written by Kait Kerrigan and Brian Lowdermilk, it’s from a musical called The Unauthorized Autobiography of Samantha Brown. This is the only song I know though; I should really learn more of their work.

Here is Michael Arden singing “Run Away with Me” (the song starts at :46). Jeremy Jordan also does a lovely version that makes me swoon a little.