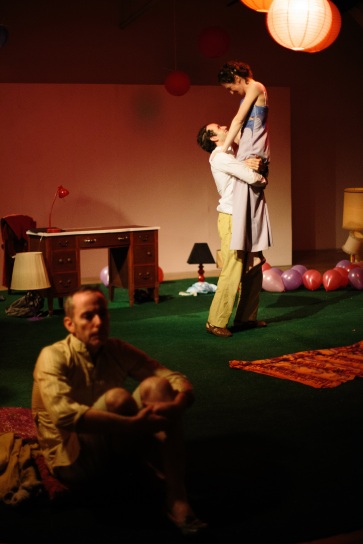 Well hello, old friends. Sorry to disappear on you for so long there. As most of you probably know, I’ve been practically living in Gowanus, Brooklyn the past two weeks putting up our production of Summertime. Despite a tumultuous chain of events, I think we made a beautiful play, and I’m so proud of it and everyone involved. Here is a peek at some production photos to give you a little taste. And to stay up-to-date on our future projects, you can subscribe to our mailing list here.

But now down to business. It is prime Tony season, and I am BEHIND! I gotta stop producing shows in May! Here is what’s topping my list right now of what I need to see, ideally before Tony Night on June 7th.

There are others of course (The Visit, Skylight, etc.), but they’ll have to fall to the wayside for the time being.

So – are you ready for Tony night? Excited for Alan and Kristin? Which performance are you most excited to see? What do you think will take home Best Musical?

Summertime – Coming to a loft near you!

Summertime is not just the season we’re so eagerly awaiting (how’s Spring treating you so far?). It’s also a beautiful, unusual, dream-like play about love in all its forms, and it’s the second show I’m producing with my dear friend, Jenn Haltman. This probably isn’t news to you because we’ve been showering Facebook with word about the fundraiser. The play will be going up this May for two weeks! Jenn and I had such a good time with The Understudy last year that we decided to take on another beast of a play, by one of my favorite playwrights Chuck Mee. We’ve also given ourselves a company name: Between Two Boroughs Productions. Of course, many conversations need to be had as we discuss our hopes and plans for the company’s future, but for the moment, we decided to start with a name. And a website. And a Twitter account. And Instagram! And what’s that? A Facebook page, too?! Okay, okay, sorry about that. Promote I must! Apologies, back to the blog.

It’s a funny thing about producing. I never envisioned myself doing this. When I was younger, I figured that if I ended up behind-the-scenes, it would be as a stage manager. Perhaps because of my star turn as the Pippin stage manager when I was 16. But a producer? It turns out that I do have a particular set of skills that fits the job, but it honestly never crossed my mind until we decided to take it upon ourselves to make a show happen last year. And when you get to the heart of it, that’s all producing is: making a play happen, making something out of nothing. Obviously, it’s no easy task. You need a team of talented people just as game and driven as you are. When I’m surrounded by the people on our creative team, I feel like we can take on any obstacle. I’m excited for you to see what they can do.

Of course, at the end of the day, I’m putting in all this work so that I get the chance to act. In Summertime, I’ll be playing Tessa, a girl who’s completely closed herself off to love. The teaser video we made will give you a little taste of the goofy humor. I had so much fun filming it (just two days after I got back from Japan) with these talented guys. Josh, Hubert, and Will are only three members of our insanely talented cast. Plus we had the help of the always hilarious Christopher Scheer, because who else would you ask to play a game show host?

You’ve likely already seen the Indiegogo campaign all over Facebook, but indulge me while I share it here as well: http://igg.me/at/SummertimeBK. If you’re interested in donating, the fundraiser is live through April 8th. I know we went through this process together last year, but I promise this is going to be a fantastic show and an entirely new adventure for all of us. I truly cannot wait to start rehearsals with this amazing group of people on April Fool’s Day. No joke. 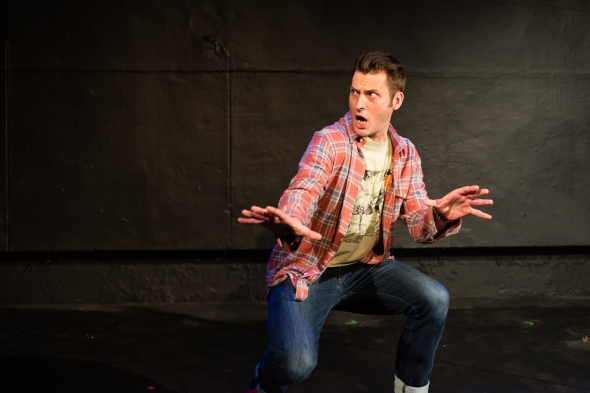 Check it out! It’s my first guest blogger! Allow me to be a little self-indulgent for a moment and share a review of The Understudy, courtesy of my dear friend, Courtney Romano. True, it’s not exactly what you’d call an unbiased opinion; nonetheless, I thought it would be nice to share. And be sure to visit Courtney’s blog for some amazingly inspiring and articulate thoughts about life, wellness, and creativity. Now I pass you off to Court…

Two disclaimers first: I personally adore every person who worked on this show, and I don’t write reviews. So why should you even keep reading? Well, that’s a good question; I can’t answer that. But why should you have seen The Understudy at The Secret Theatre this past May? Those answers I got.

This team of artistic comrades poured themselves entirely through this play. Not into it. They passed through. Theresa Rebeck wrote this funny, accurate, heartbreaking, soulful, discouraging, uplifting piece of theatre. She distilled this daily battle we call “trying to be an actor” and crafted a living organism for the stage. Now, it could have been very easy to stage the simple ideas, the easy laughs, and the common sense relationships in a piece that’s already full. They could have capped off her words nicely with a kind performance. A polite, engaging, sincere performance.

Or they could meet it with their own fullness. And that’s what they did.

Actors Becca Schneider, Brian Byus, and Craig Hanson met the play with both sophisticated containment and fantastical carbonation. They took a painfully accurate portrayal of modern show business and allowed the structure of Rebeck’s words to be their edges. Their borders. Their landmarks. But then they lived. They allowed the truthiness of her words to inflict them. They opened their real world wounds and let the pretend world seep so deep.

Now listen, I know I’m biased. I told you earlier – I love everyone involved, and I don’t write reviews (I leave that to the pros). But I know what it’s like to be transformed from sitting in a dark room and watching people tell a story. From every angle – direction, design, crew, and company – everyone’s hearts were wrapped up in these words. Does loving the work that much always make good theatre? Not a chance. But when you pair that love with indisputably smart artists, you watch a transformation. They passed through the play, letting it marinate in their bones. They stepped into and out of Rebeck’s words, letting us get close enough to the play’s damage and relief so we felt like we were right next to them the whole time. They loved through the play, and so for a little under two hours, we too felt a whole lot of love.

First, let me say: please excuse my absence these past couple of weeks. I have shows to share with you and drafts piling up, but we are very much closing in on the opening of The Understudy. Hence, my brain capacity is at its max. So allow me to stray from a typical review for the moment to simply say hello and share a few tidbits.

Have you seen the Annie trailer yet? There’s this one with song and dance and another one I saw in theatres that pretends it’s not a musical at all. You gotta admit – that’s smart marketing to get some other folks in the seats. What are your thoughts on the cast? Mainly Cameron Diaz and Electro? I’m trying not to have any pre-conceived notions. It’s coming out this Christmas along with Into the Woods. Much to discuss. We’ll check back in about the latter though once there’s a real trailer released.

Tony nominations were announced on April 29th, which means we are quickly approaching one of my favorite days of the year (aka Tony night). What did you think of the nominations? Any snubs that really bothered you? Poor Daniel Radcliffe; that’s three snubs for him now. I was particularly excited that Outside Mullingar got recognized, and all of the Twelfth Night nominations made me quite happy. I’m eager to see what happens with some of those intense competition categories.

I’m seeing Hedwig and the Angry Inch on July 1st! Just a heads-up: it is POPULAR, and it’s only going to get crazier once it starts collecting Tony Awards on June 8th. So if you have any interest in seeing it and/or NPH, get your tickets now. When Matt and I went to the box office last week to buy ours, they were already sold out through the end of June.

Here are the reviews that will be coming your way soon: Murder for Two, Mothers and Sons, A Gentleman’s Guide to Love and Murder, and perhaps another Spotlight on TV!

And lastly, a brief moment of self-promotion if I may: The Understudy is one week away! Performances are at The Secret Theatre from Wed, May 28 through Sun, June 1. It was officially announced on Theatremania today! Get your tickets here, and enter the code KAFKA by this Friday at midnight for discounted tickets. I’m so excited about this production and incredibly proud of everything we have accomplished in such a short time. I love this play, and I think you will, too. Hope to see you there.

So a couple of days ago, I got to have my first experience on a film set! Okay, so maybe it was just a few of us in a theatre with my dad’s video equipment, but it still was pretty darn legit if I do say so myself.

Want more details? Knew you would! Right now I’m working on a production of Theresa Rebeck’s The Understudy. I’m acting in it alongside two amazingly talented and hilarious friends of mine, Brian Byus and Craig Hanson. I’m also lead producer, and on Tuesday we got together to film the teaser for the show. The play goes up May 28 through June 1 at The Secret Theatre in Long Island City, NY, but we’re starting to get the word out now because our fundraiser goes live in March!

With the help of my lovely parents, our director Jenn Haltman, and New York Theatre Workshop, we shot the video at the 4th Street Theatre downtown. And it was such a hoot. Here are some of the things I learned:

Now it’s on to editing and narrowing all this great footage down to just a few minutes. Finalized video coming soon!